Where your app appears in search results has a large impact on how many potential users find your app in a search. Maximizing the ranking for specific search terms improves where the app ranks in its category as well – leading to even more organic discovery. How then do app publishers and marketers impact better app store rankings?

Google has recently shared ranking factors and tips, specifically calling out the importance of ratings, reviews, downloads, and the copy used in the app listing. In the same post, Google provides additional tips about regular updates, engaged users, acquiring ratings, and responding to reviews. As web and mobile app terms start to converge – specifically Google changing “visitors” in their Google Analytics service, to “sessions” – some of the models known to be used when indexing the web surfaces in the Google Play Store ranking algorithm. The rate at which a web site converts a user to a web page view (searcher clicks on a link in search results) is a basic conversion rate that is also used in the app stores. Similarly, web metrics like bounce rate, time on page, and the number of pages visited corresponds roughly to app opens, time in-app, and retention (the app remains on the device). Armed with this general framework for the Google Play ranking factors, let’s review 5 ASO Factors Android Store ranking 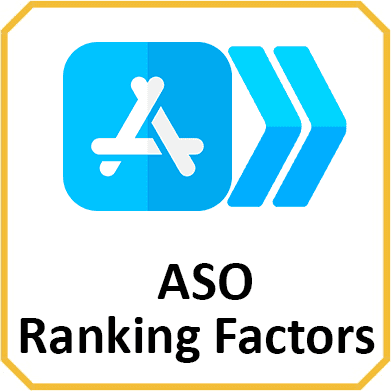 Most of these tips are related to each other and have a synergistic effect when optimized. A better system for prompting and managing ratings and reviews makes efforts around conversion rate optimization more rewarding. A better app drives more positive reviews and better engagement and retention. If you are looking for ASO Factors  Google Play Store ranking of your business app, Contact us and we’ll help.